Bringing together prior ATA featured artists in a group retrospective that spans 30 years and features established local and national Black artists.

Although ATA is not politically affiliated and never set out to be an activist organization, this exhibit honors ATA’s activism because Black art is inherently political. Over the years, some of their exhibited works have caused controversy, especially because ATA’s exhibits have mainly existed in a public building that houses courtrooms and County officials. This has not deterred the organization or its artists from creating authentic works and letting personal expression speak truth to power.

For the Culture, by the Culture will include ATA artists, masters of their craft, who have contributed to Black culture by creating impactful works for decades. Some have received national recognition like Bisa Butler, Jerry Gant, and Faith Ringgold. Many of the artists began their careers with ATA and through the organization, they received significant exposure that helped launch their artistic careers.

Art in the Atrium, Inc. (ATA) is a non-profit, tax-exempt, Black-led arts organization that was founded in Morristown, New Jersey in 1991. Since its inception 30 years ago, ATA has annually exhibited four floors of African American fine art in the Atrium Gallery in Morristown, becoming the largest exhibit of its kind in the state. With a mission to celebrate Black excellence, support the careers and lives of Black fine artists, and create opportunities for emerging voices in Black art, ATA has done that and more. Since its founding ATA has given over $30,000 in scholarships to promising BIPOC arts students and has spurred economic activity in the community by selling approximately $500,000 in fine art by rising and established Black artists at its annual and satellite art exhibits for corporate and government partners. Past exhibits have featured such masters as David Driskell, Willie Cole, Deborah Willis, Benny Andrews, Elizabeth Catlett, Bisa Butler, Janet Taylor Pickett and Faith Ringgold. In 2001 and again in 2016, the organization was named “Arts Organization of the Year” by Morris Arts. 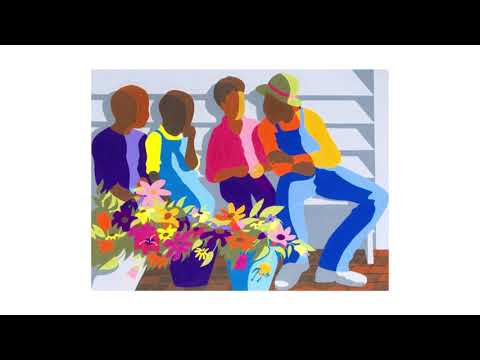 Interview with Artist Richard Haynes
Load More
We use cookies on our website to give you the most relevant experience by remembering your preferences and repeat visits. By clicking “Accept All”, you consent to the use of ALL the cookies. However, you may visit "Cookie Settings" to provide a controlled consent.
Cookie SettingsAccept All
Manage consent